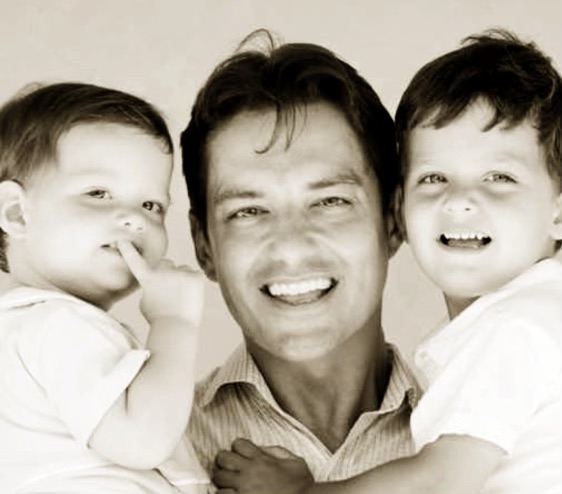 When I think back on the earliest days of ModernGuild, I’m amazed by how much has changed. I’m different, the company is different, the world is different. One thing that hasn't changed, though, is my belief in the work we do—the why behind it all.

During my undergraduate years, I experienced what so many students experience when they go through recruiting: confusion, uncertainty, doubt. I was lucky to be at Stanford, a target school for many companies I was interested in, but I definitely wasn’t prepared for what was suddenly being expected of me in a hyper-competitive interview process.

Fast forward a few years and, as a strategy consultant at Deloitte, part of my responsibility was to oversee our recruiting efforts at a number of schools on the east coast. This gave me my first glimpse of the other side of the equation: traveling nonstop to different campuses, chatting with a long line of students, and collecting far more resumes than I could ever realistically or meaningfully evaluate. There were moments when I wondered if the entire recruiting model was broken, but with so much to do and so little time to do it, I put my head down and soldiered on.

By the time I founded ModernGuild, I was no longer wondering: I was absolutely certain that the entire recruiting model was broken. As I began experimenting towards a solution, one that could address the primary frustrations of both college students and recruiters, two core problems repeatedly presented themselves.

First, training. There is a tremendous gap between what students learn in the classroom and what they’re expected to know in order to compete in an increasingly-competitive marketplace. This gap not only makes it difficult for students to navigate the job search, but it also makes it nearly impossible for recruiters to effectively qualify candidates (a problem that has only grown as companies have moved towards recruiting 1st and 2nd year college students). Three kinds of training in particular are essential: technical skills, professional polish, and industry knowledge. Every industry requires different technical skills, but each has a baseline expectation that successful candidates must master. Once these are developed, candidates must know how to present themselves through things like a resume, elevator pitch, and general correspondence. And finally, candidates must have a general sense of how their industry of choice works—the difference between sectors and companies and roles—and where their skills and interests might best fit into that puzzle.

The second core problem is access. Historically, especially within white-collar industries like consulting and financial services, companies have depended on steady pipelines from a handful of elite schools where they enjoyed easy access and extensive legacy networks. The problem with this is that such campuses represent only a tiny segment of the general population and they can lack diversity: socioeconomic, demographic and geographic. Even within this exclusive range of schools, there are still too many candidates and so further filtering became necessary based on factors like work experience, major, GPA, and club involvement. Only a very narrowly-defined kind of student thrived in this equation and everyone else lost real access. Although the last few years has seen a steady rise in online application portals, more often than not these become black holes as recruiters are flooded with resumes that they’re not able to efficiently and thoughtfully review.

ModernGuild is on a mission to reinvent and democratize campus recruiting, replacing an arcane and ineffective model with one that’s transparent, equitable, and efficient. We’ve built an entirely new kind of blinded ecosystem that invites students to signal their qualifications and preferences and then, behind the scenes, identifies matches with positions companies are trying to fill. We’ve streamlined the recruiting experience, empowering both students and companies with the key information they need to make informed decisions while stripping out all the distractions that get in the way. It’s a silly analogy, but you can think of us as a dating app that intelligently matches students and companies, while simultaneously helping both parties optimize their strategies.

Our social mission is at the heart of everything we do and we take special pride in having designed a model that harmonizes altruistic motives with financial ones. Whether you’re the biggest fish in the pond or the smallest, the landscape of campus recruiting is changing fast and we could all use a little help playing smarter.